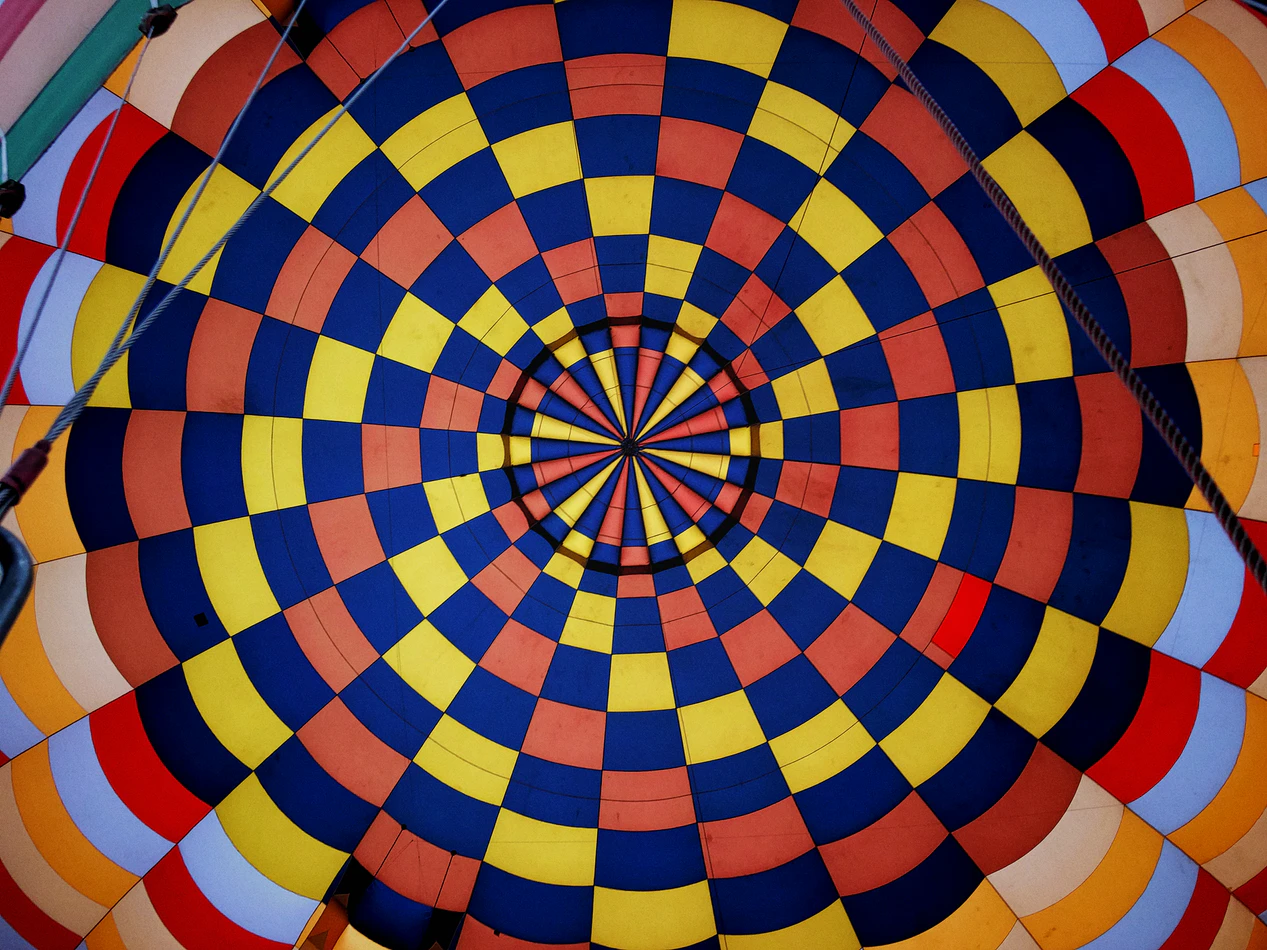 In the last article Why FP Matters - Part 1.5 💫: A bit of Haskell, we learned about small bits of Haskell. More specifically we covered the below so that we have a smooth transition into the code used in the white paper - Why Functional Programming Matters by John Hughes1

Before we get into the main event, we need to understand first-class functions.

If you don't know what I am talking about, this is a series of articles. You might want to go here for better context - Why FP Matters - Part 1 🐘 : A brief introduction 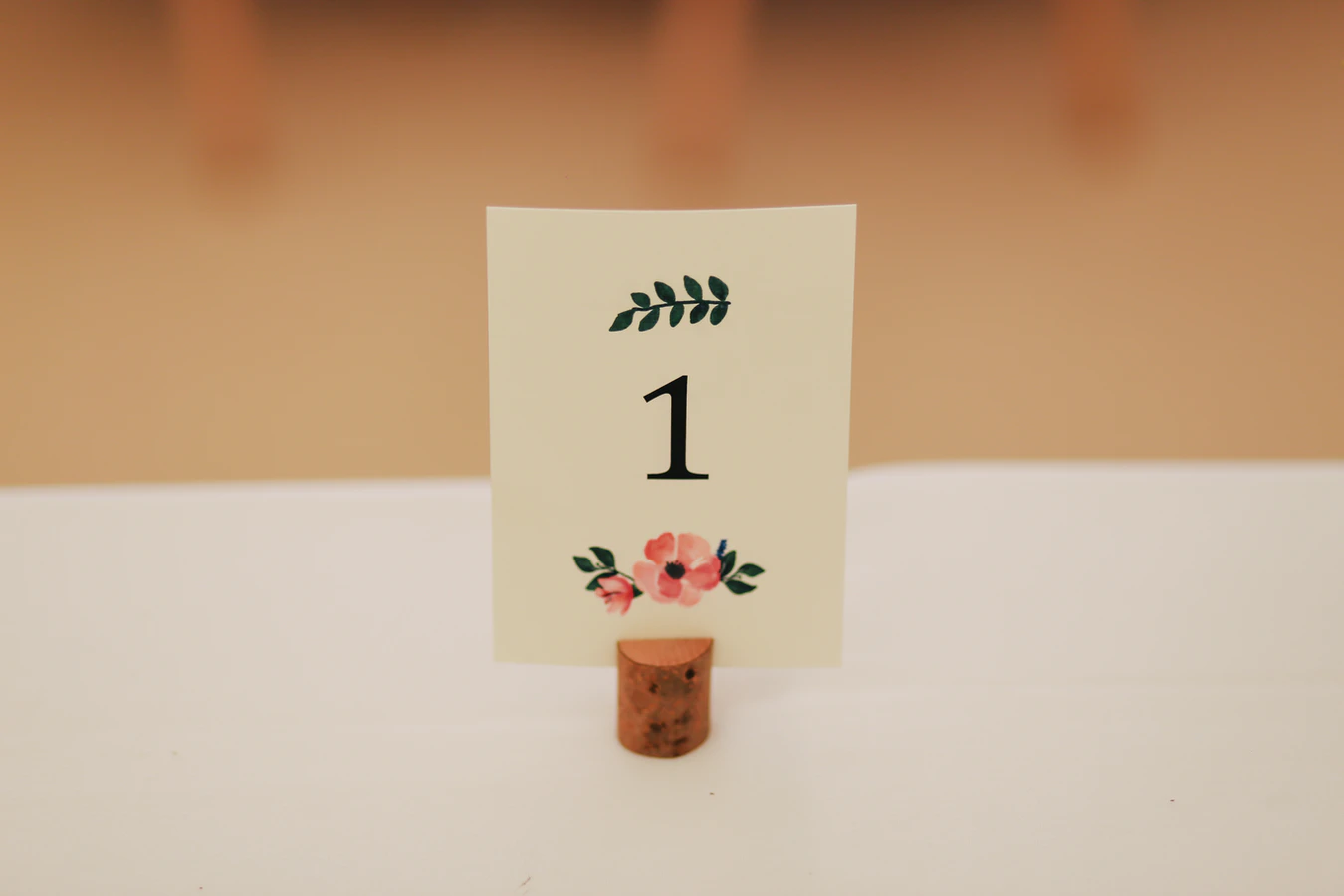 Functions are first-class citizens of the functional world. What does that mean? I got this definition from the folks that taught me a thing or two about programming and handling complexity.

-- Structure and Interpretation of Computer Programs

This feature leads to interesting patterns and it is a new kind of glue which we talked about in the earlier post. It is taken for granted in JavaScript where a function can be passed as a parameter. C# had to include the Func keyword for it. Functional languages are built in a manner, making it seamless to work with functions like this.

The LISP family of languages take it further - there is no distinction between function and data.

So if f was a function in Haskell, we could do the below

They may be named by variables.

They may be passed as arguments.

Returned as the results of procedures.

May be included in data structures. 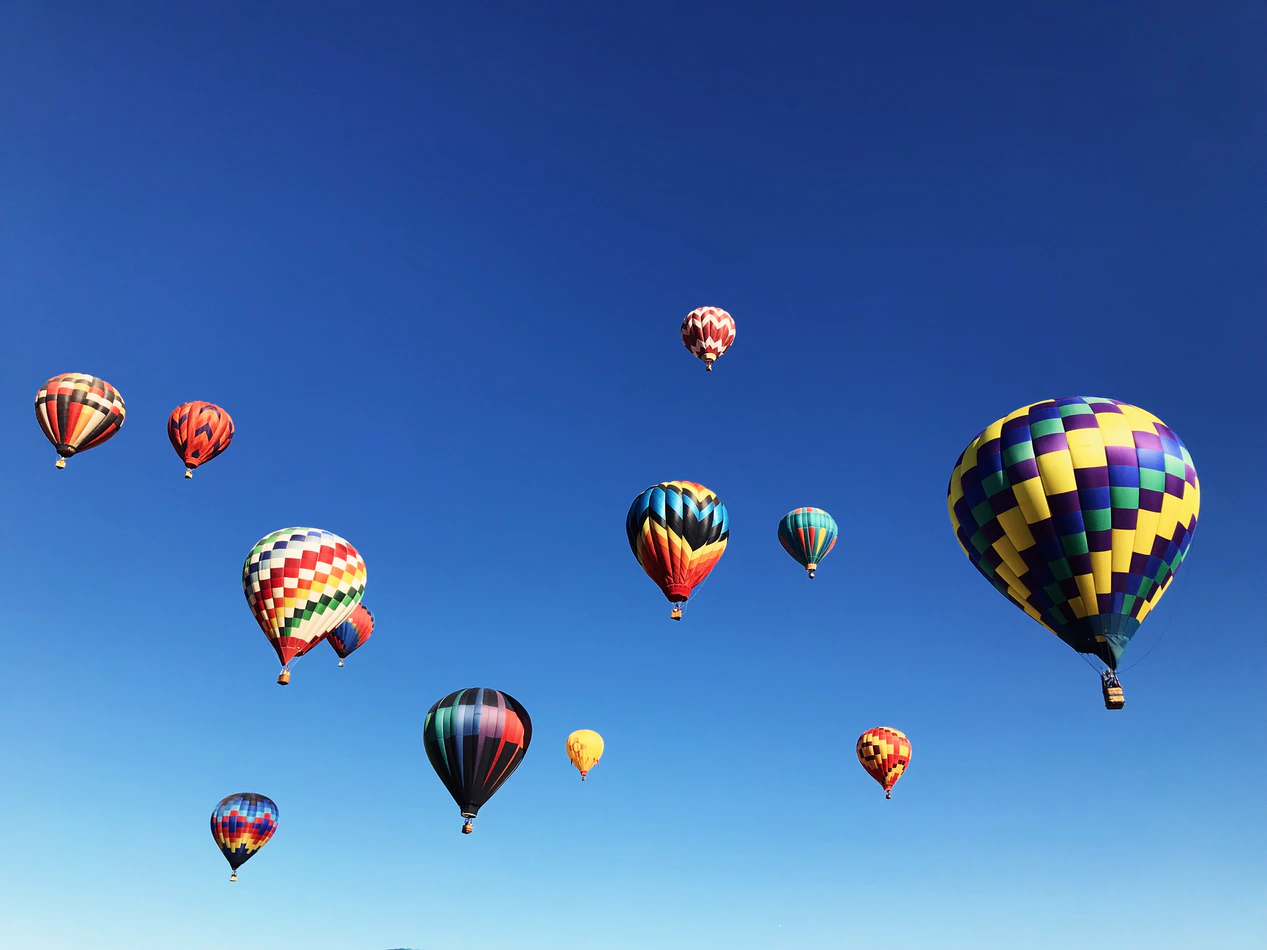 This is common these days and very much possible in most popular languages. Two of the properties from above that are necessary for a language support higher-order functions.

Let's look at a simple example to clarify this. Let's go back to our add' function that we saw in the last post. It is a simple function that takes in two parameters x and y, then returns the result of adding them.

Now say, we want to define several functions say inc1', inc2', inc3' and so on, so that these functions take in an input and increment it by 1, 2, and 3 respectively.

Without higher-order functions, we would define these functions as below.

Well, I left out one bit of magic from the last post. Let me explain. You see we can change the above code to the below. 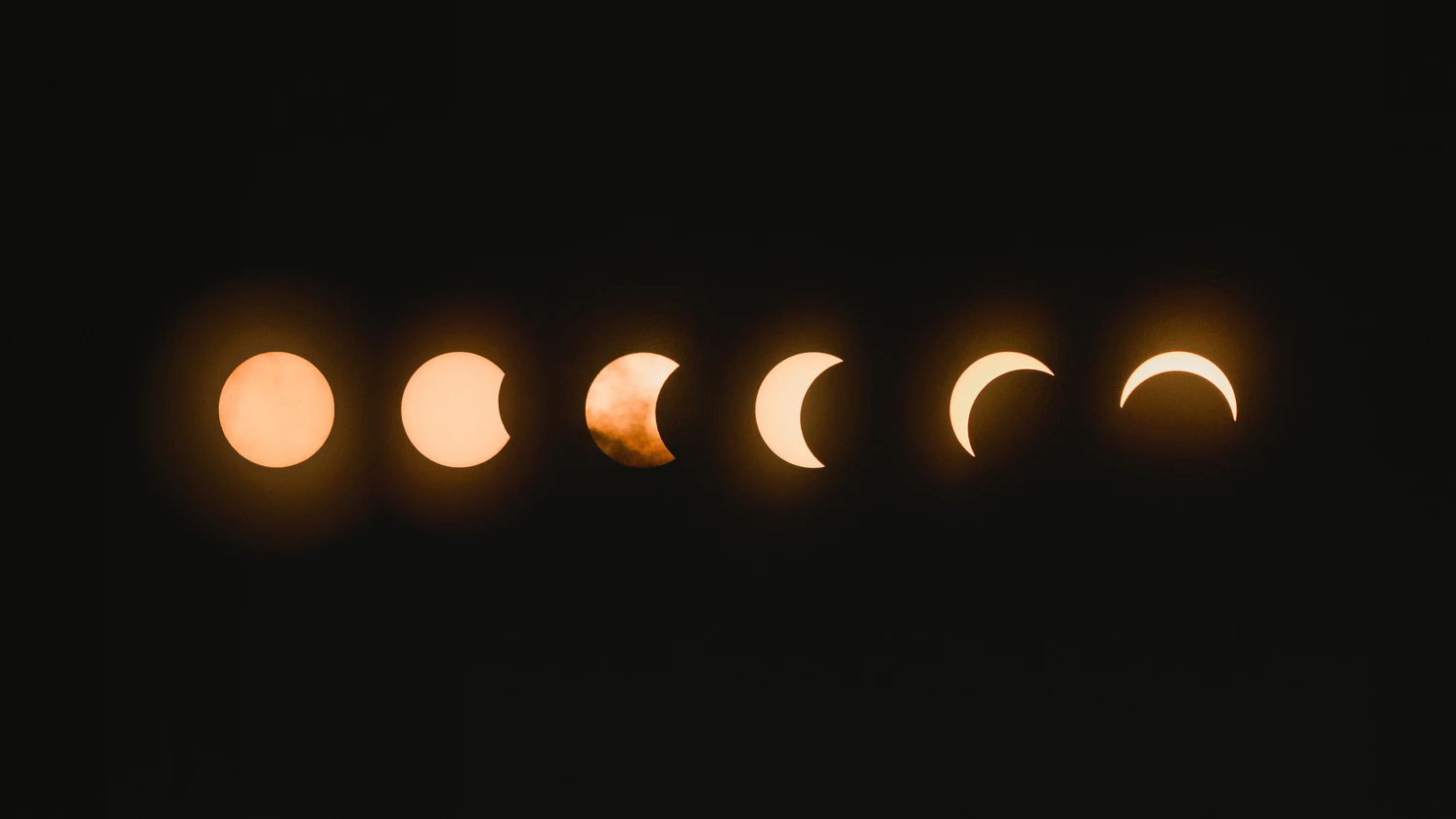 You see, when we define the add' function as above, Haskell makes it possible for us to provide just one parameter and not the second. There are two ways that you could model this in your head.

add' 1 or add' 2 or add' 3, these are incomplete expressions, which are waiting on the second parameter. This hung state of the expression can be assigned to a variable, in our case inc1', inc2', and inc3' respectively.

Now when we pass input to an of the inc* functions, it passes it through to the waiting expression and completes it. When the expression is complete, it can be fully evaluated to return us a value.

Note: Each time we call inc1 on a number, it will run a new instance of that expression. This makes it a reusable expression and it is not exhausted when we use it the first time.

Below the hood, the incomplete expression can be implemented using higher-order functions and closures. Let's have a look.

How can we return a function from a function? Two ways ...

The second one needs us to create something known as lambdas (λ) or an anonymous function. In the below function, addh' returns a function that takes in a parameter y and returns the results of x + y. Here, x is captured from the outer scope and hence we can say that we enclosed over it, or simply that we created a closure. 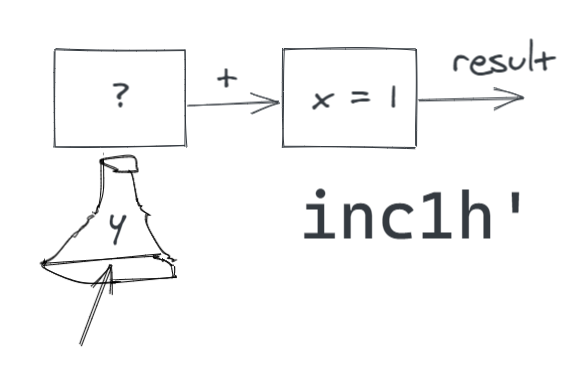 We don't have to worry about this, we can stick to the mental model of a hung expression for now. This was just to let you know that Haskell does this by default whenever you define a function. It applies even if a function has three parameters. 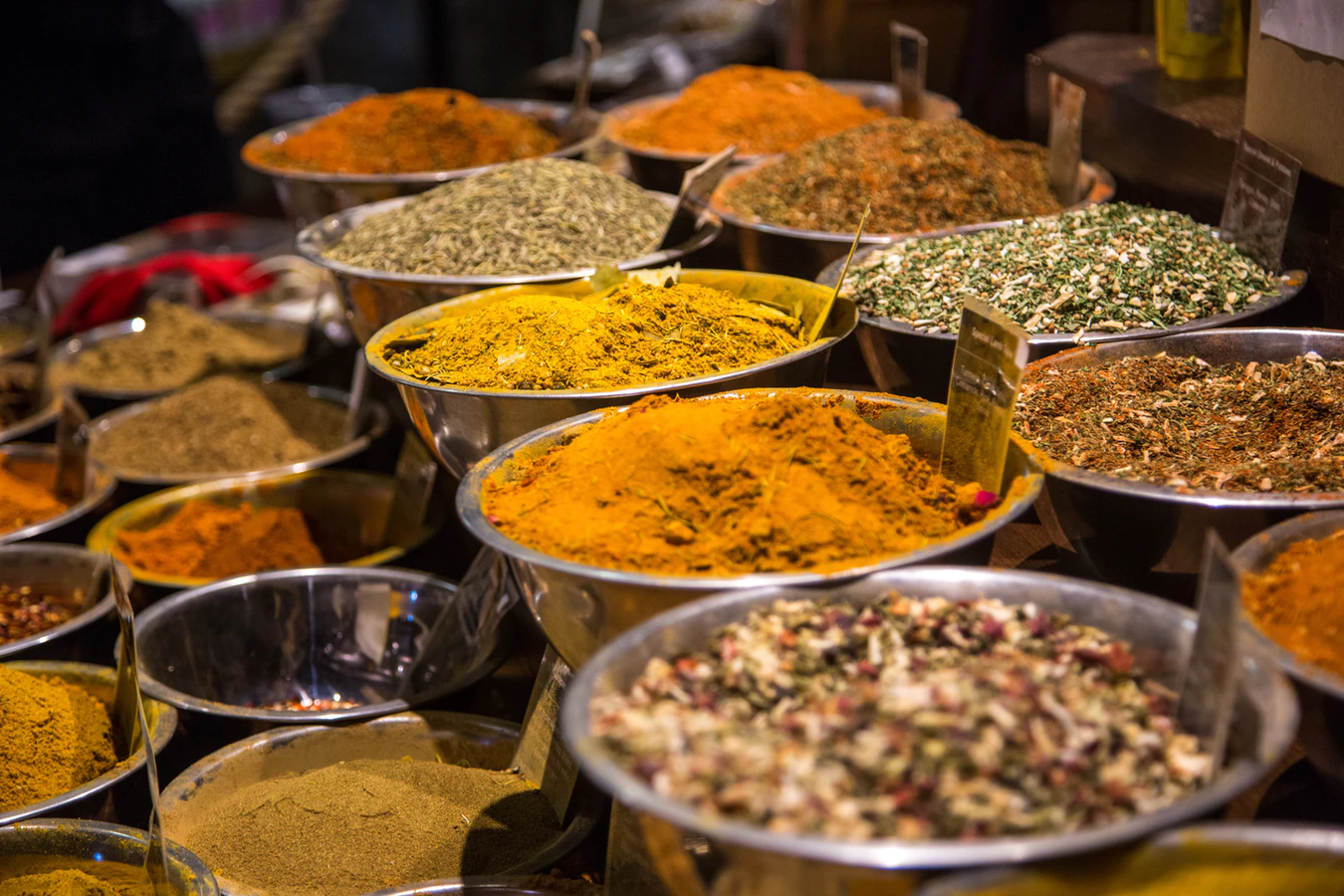 If you are still interested, Haskell is named after Haskell Curry, so Haskell does currying, by default 🙂.

So when we define add' as below

Behind the scenes, Haskell represents add' as 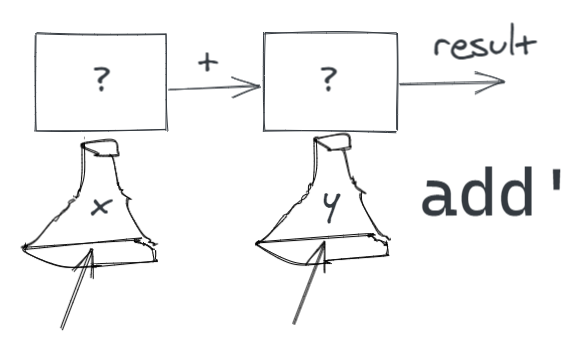 If we had three parameters, it would be three lambdas.

Note: add' :: Num a => a -> a -> a is the type signature of the method add'. We do not have to specify it. Haskell is good at implicitly recognizing this.

If you leave out the automatic business, we can achieve currying and partial application in some way in any language that supports that treats functions as first-class citizens. This is a small basic step, but most critical.

If you are interested in dabbling around with it you have the below options.

Why FP Matters - Part 2½ 🍰 - Slicing complexity with Higher-order Functions We will apply our first type of glue that is higher-order functions. We will write small and simple generic parts to process lists. It will be a little domain-specific language.

We will also see examples in Haskell, Scala, JavaScript, and other languages!